To preface this historical meander before we head off, I’d like to note that I (Nat, one half of Richmond Christmas Tree Farm) am no historian. What I  am though, is a Christmas tree farmer who sees, cares for and thinks about thousands of Christmas trees all year long. And in doing so, perhaps, overthinks this whole tradition we have in the 21st century, in the middle of summer (here in Australia) of dragging a once-living tree inside to decorate and revere for a month or so at the end of each year, before piffing it over the back fence* in the new year. It sounds totally bonkers, don’t you think?

So, when I learn a tid-bit of information about the history of Christmas trees, my ears prick up in the hopes I’ll discover why we do this strange thing each year, and why even non-Christian folk hold this seemingly religious holiday so dear.

What has unfolded here is a distillation of all the interesting things I’ve learnt on Wikipedia, Youtube, the brilliant English Heritage podcast, and other places around the internets. I’ve added references where I can, which lead off to interesting further-reading if you’d like to delve further down the rabbit hole with me.

Let’s head off on a chronological journey back in time to discover why we love our Christmas trees so much. Ok, let’s go!

*Here at Richmond Christmas Tree Farm, we don’t condone this sort of behaviour, we’re just here for the LOLs today. We can mulch your tree if piffing it over the back fence is your only option, more info here. 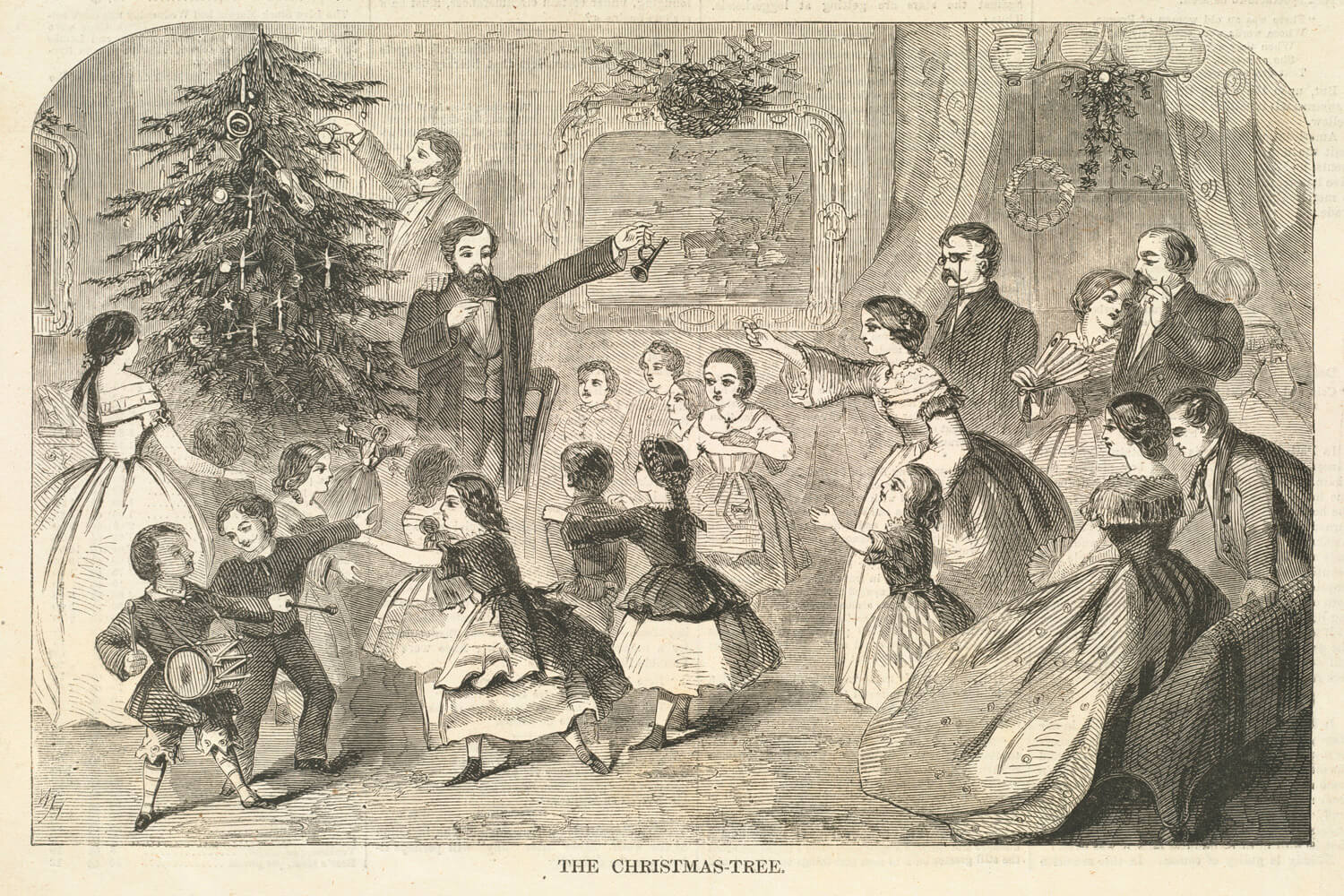